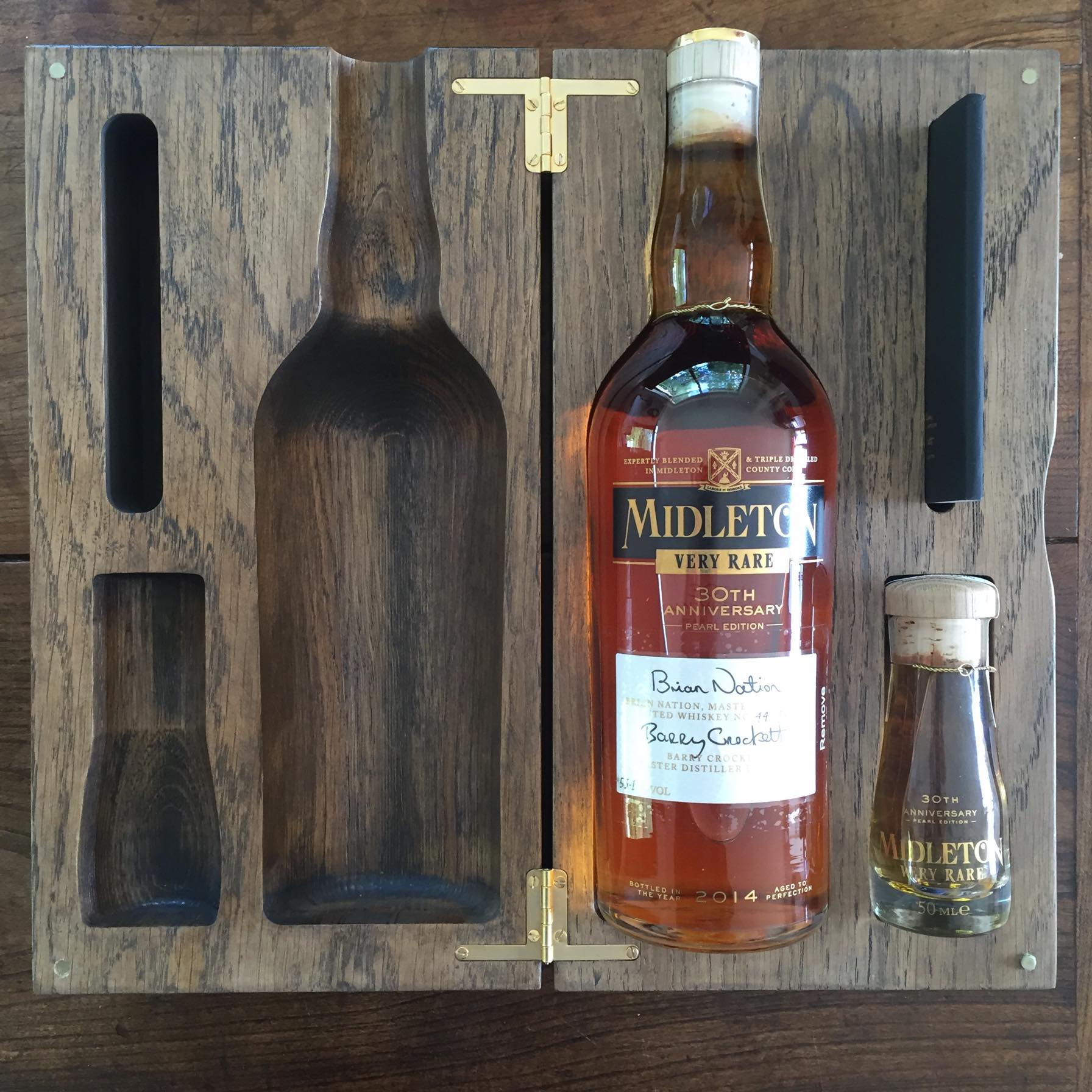 Everyone has that ONE bottle they aspire to have in their collection. Some are purely aspirational, some are just simply acquired by those fortunate to have the means to do so. In both cases, they are typically one of those listed below (most notably the Pearl).

Midleton have had a number of notable releases over the last few decades – and while there may be mixed opinion on the juice inside some of these releases, a majority would grace the shelves of anyones collection.

Top of the class is of course the Midleton Pearl. Released in 2014 for the 30th Anniversary of the Midleton Very Rare Collection – it was limited to 117 bottles, signed by outgoing & incoming Master Distiller’s Barry Crocket & Brian Nation and was presented in a beautiful hand carved wooden box accompanied by a small sample bottle (which I’m sure no-one has opened either).

Just 3 years ago you could have picked up this bottle for c €6,600 at auction, but given the recent resurgence in interest in Irish whiskey, these days you’ll be looking at closer to €15k (if of course you’re lucky enough to find someone willing to part with one).

What I love about these releases is the love that has gone into the liquid and the presentation – and I believe we need bottlings like these to elevate the reputation of Irish whiskey globally.

Lesser known, but equally collectable are Edition 1 & 2 of the Midleton Academy (below) which were issued to patrons of the Midleton Irish Whiskey Academy. I’ve never tasted it but its certainly unique. A very similar bottling to the Master Distiller Selection (“The Housewarming”) which should be on this list – but unfortunately there hasn’t been enough transactions at auction to accurately value.

Harder to find – but also bottles that would adorn any cabinet are the US only “Erin Go Bragh” which was the only single malt to come out of the Midleton Distillery until Method & Madness released theirs in 2017. Harder still to find is the 1940’s CDC “Midleton Whisky”. Very few of these have survived in good condition, but they do pop up on the odd occasion. Values on this one in particular is unclear as there have been sales from €400 all the way up to €2800 (all in the last year) – but its safe to say if you have one in your possession – you’re in for a payday!

Enough of the Jibber-Jabber though – lets see the numbers. For those of you lucky enough to have these bottles in your collection…….lucky you!

Thanks to all those who were good enough to allow me to use their pictures for this post – go follow them where possible! Title Picture Credit: James Kearns