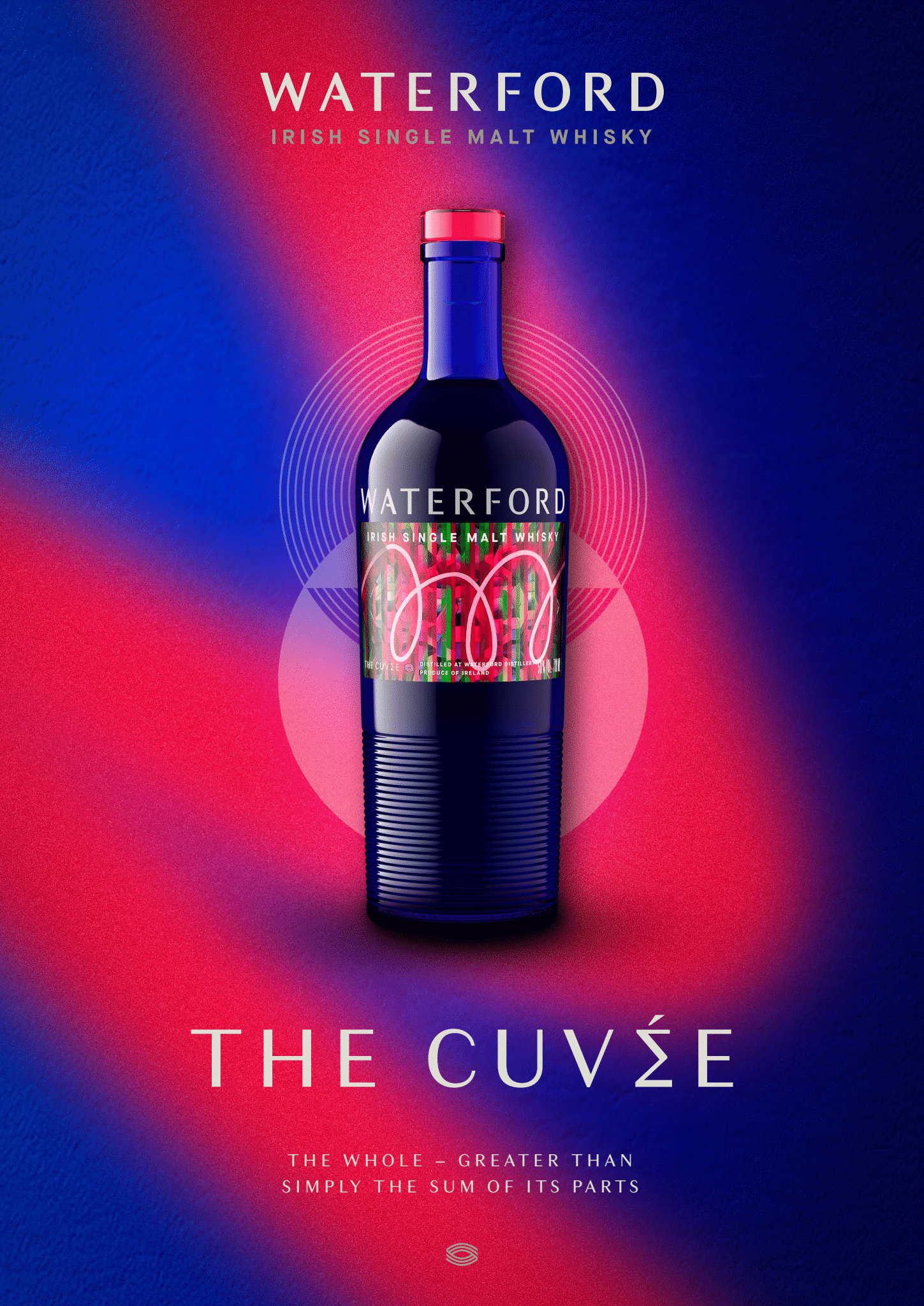 Terroir-driven Irish whisky producer Waterford Distillery has bottled its definitive, flagship single malt – The Cuvée – due to be released worldwide this autumn.

Inspired by Bordeaux’s greatest chateaux, Waterford Distillery has applied the same methodology to create the ultimate in whisky flavour complexity, a genuine innovation for the whisky industry, called The Cuvée.

Each Single Farm Origin – an individual Waterford Single Malt Whisky in its own right – is made exclusively from Irish-grown barley, harvested, malted and distilled separately for complete flavour integrity.

Whilst the distillery has revelled in such individuality, it is only when there is a fusion of individual terroirs that Waterford Whisky can fulfil its ambitions to create the ultimate single malt whisky.

“Coming from a wine background I have always been intrigued by how the very greatest Bordeaux wines were made. Rather than generically bundling up their grapes in to a single wine they went to the effort of making several individual wines instead, each one expressing a terroir-derived personality of its own. Only after months of maturation are these component wines assembled – each bringing its own flavour character – to make a single profound wine of greater complexity, the Grand Vin. Why not with whisky? This is the vision seven years in the making, the essence of the Waterford project.

Single Farm Origin whiskies, each one defined by its own Irish-grown barley, each one distinctly different – all of them Waterford single malts – come together for the first time. Here the whole is even more than simply the sum of its parts: the result is our vision of how to create the most complex and profound single malt possible.”