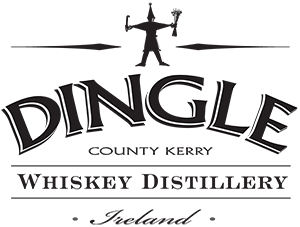 Update: October 2020 – If you want to see up to date prices, check out our collaboration partner, The Whiskey Companion here

Before I kick off, I just wanted to say thanks again to all the contributors to the IWV group. Your input is growing the community at an impressive pace, and we can now boast 500+ Insta followers, and over 1,100 members on the Facebook Page. Thank you all for the continued support and contributions. There will be more competitions on the Insta page coming soon so keep an eye out for freebies!

So…… Onto our old friend Dingle…..Let the Love/hate relationship continue!

I must admit, the last time I posted my opinion on the valuations of the Dingle collection; I firmly believed that outside of the Cask 2, Batch 1 Cask Strength & the LVA Edition (“The Golden 3”), we were going to see a dramatic drop in the prices that were being achieved across the range. Alas, I may have spoke too soon. While I was correct in my belief that the Golden 3 would appreciate substantially, we appear to have seen a “holding” in value of a majority of the other bottling, rather than any dramatic surge or drop in pricing.

What the above prices do not convey however is the arc-ing of the hammer price being achieved at auction over the last 6 months – with a large uplift being achieved in the first 1/3rd of the year (20-40% in some cases), and a re-adjustment back to a relative parity thereafter.

Should we read into this? Is there a downturn under way? Who knows. But its interesting to note some insights I’ve spotted.

To me these would all indicate that collectors are simply looking to fill remaining bottles in their collections, and that there is movement away from the Founding Fathers releases (which I support by the way).

Don’t get me wrong. I still love the Dingle story, and I believe anyone who is able to display the collection is incredibly lucky as I just have a serious soft spot for these beautiful bottles! But I do question the long term investment value of the collection (purchased at current values) if Dingle don’t start pushing more into international markets.

That said – I think we need to start getting realistic about the Founding Fathers releases. While they are in my opinion some of the best expressions of whats being released from the distillery at the moment – but to suggest that the current prices being achieved are warranted, is an absolute farce.

Anyone who is trying to collect all of them needs to understand that a) it will be almost impossible to collect all 500 casks as not all will be released to the public, and b) will need to be prepared to spend €100k+ based on the price of previous releases.

While we’re here, I’d like to get something off my chest! Can I please ask/beg/plead to my readers not to partake in “immediate flipping” activities which are getting more and more prevalent.

I recently saw the Palace Bar edition being placed for sale on a FB group (on the same day it was released) for almost double the purchase cost of €250. Let’s be clear. This is a dick move. While you might make a quick buck – preying on those who don’t have immediate access – you are damaging the wider collectability of the range; you are incentivising those releasing future bottlings to charge more (making it less accessible); and ultimately you will generate anger and annoyance among those who simply want to open and enjoy the liquid inside. Don’t be that guy (or gal).

I have no problem collecting for the sake of investment, but at least be classy enough to hold onto the bottle for a couple of weeks!

Feel free to challenge me on any of the above (I like open debate) and please remember to contribute to The Survey so I can capture non-auction transactions and give a more accurate picture of what the whiskey is worth!

I hope this was valuable!

One thought on “Damn you Dingle……”